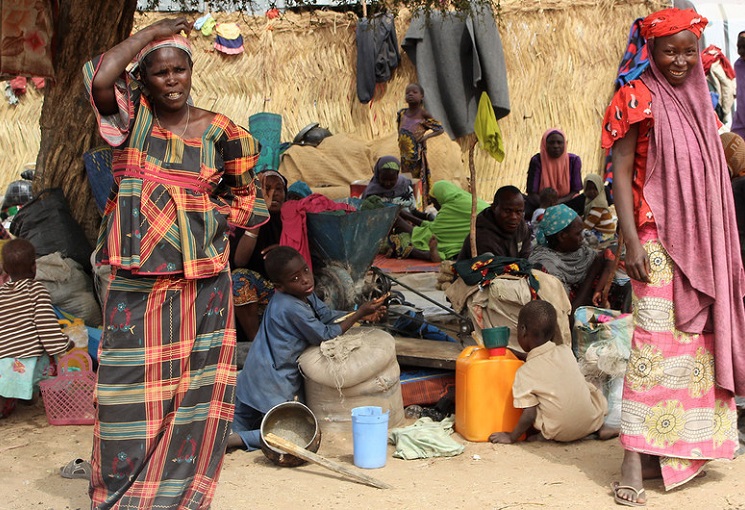 In early afternoon on 28 November, local time, suspected militants attacked civilian men and women while they were harvesting crops in Koshobe village and other rural communities in Jere Local Government Area, near provincial capital Maiduguri. According to reports, at least 43 people were killed and many wounded.

There are also reports that many people, including women have been abducted.

In a statement issued by his spokesperson, UN Secretary-General António Guterres called for “the immediate and safe return of the abductees and those still reported missing.”

“The Secretary-General reaffirms the commitment of the United Nations to support the Government of Nigeria in its fight against terrorism and violent extremism and in its response to pressing humanitarian needs in the north-east of the country,” the statement added.

The Boko Haram insurgency in Nigeria has claimed the lives of thousands of people and displaced millions from their homes. The violence, coupled with climate shocks has also aggravated food security, leaving an estimated 10 million people in need of humanitarian assistance and protection.

According to a senior UN humanitarian official in Nigeria, rural communities are shocked by the brutality of the attack and fear for their safety.

“It is the most violent direct attack against innocent civilians this year,” Edward Kallon, UN Resident and Humanitarian Coordinator in Nigeria, said in a statement.

“It is unfortunately one of too many such attacks targeting farmers, fishermen and families who are trying to recover some livelihood opportunity after over a decade of conflict,” said Mr. Kallon.

Mr. Kallon went on to note that the entire UN system and the humanitarian community working to provide life-saving and development assistance to the most vulnerable in Borno state is “outraged” by the incident.

“Such direct attacks against innocent civilians jeopardize the ability for the most vulnerable people to survive the adversity there are facing, and which we are striving to alleviate,” the UN official added, calling on all actors on the ground to “respect international laws and humanity”.

According to the World Malaria Report, released on Monday, the situation is particularly concerning in high-burden countries in Africa.

The UN health agency urged nations and health partners to step up the fight against malaria, with better targeting of interventions, new tools and increased funding.

“It is time for leaders across Africa – and the world – to rise once again to the challenge of malaria, just as they did when they laid the foundation for the progress made since the beginning of this century,” said WHO Director-General Tedros Adhanom Ghebreyesus.

“Through joint action, and a commitment to leaving no one behind, we can achieve our shared vision of a world free of malaria.”

Though preventable and curable, malaria continues to claim hundreds of thousands of lives each year. According to WHO, nearly half of the world's population is at risk of the disease and most cases and deaths occur in sub-Saharan Africa.

Malaria is transmitted through the bites of female Anopheles mosquitoes and controlling the vector – such as by using mosquito nets and indoor residual spraying – can help prevent and reduce transmission of the disease.
A plateau ‘in progress’

The WHO report found that in 2019, malaria cases globally numbered about 229 million, an annual estimate that has remained virtually unchanged over the last four years. Last year, the disease claimed about 409,000 lives, compared to 411,000 in 2018.

As in past years, the African region accounted for more than 90 per cent of the overall disease burden. The region has made much progress since 2000, reducing its malaria death toll by 44 per cent – from an estimated 680,000 to 384,000 – but the pace has slowed in recent years, particularly in countries with a high disease burden.

A funding shortfall at both the international and domestic levels poses a “significant threat” to future gains, according to WHO. In 2019, total funding reached $3 billion, far short of the global target of $5.6 billion, resulting in critical gaps in access to proven malaria control tools.

In 2020, the COVID-19 pandemic emerged as an additional challenge for essential health services worldwide. Though most malaria prevention campaigns were able to move forward without major delays, WHO voiced concerns that even “moderate disruptions” in access to treatment could lead to a considerable loss of life.

For instance, a 10 per cent disruption in access to effective antimalarial treatment in sub-Saharan Africa could lead to 19,000 additional deaths, while disruptions of 25-50 per cent in the region could result in an additional 46,000 and 100,000 deaths, respectively.

According to WHO, ensuring access to malaria prevention, such as insecticide-treated nets and preventive medicines for children, also supported the response to COVID-19 by reducing the number of malaria infections and, in turn, easing the strain on health systems.

Matshidiso Moeti, WHO Regional Director for Africa, underlined the need to ensure that malaria programmes are sustained and expanded.

“COVID-19 threatens to further derail our efforts to overcome malaria, particularly treating people with the disease. Despite the devastating impact COVID-19 has had on African economies, international partners and countries need to do more to ensure that the resources are there to expand malaria programmes which are making such a difference in people’s lives,” she said.