Latest Ebola outbreak in DR Congo is declared over, with lessons for COVID-19 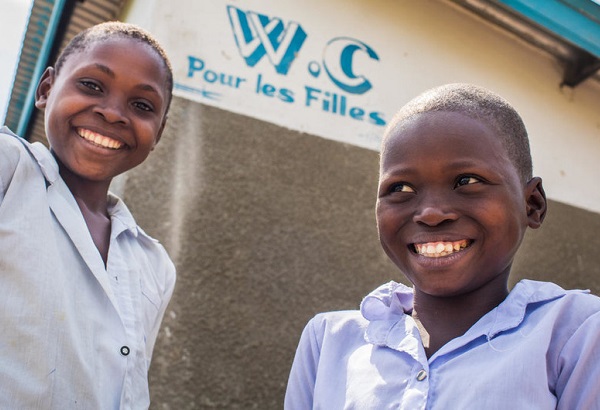 An outbreak of the deadly Ebola virus disease in Democratic Republic of Congo (DRC) is over, the government announced on Wednesday, after a five-month response supported by the UN’s World Health Organization (WHO), and other partners.
“This great achievement shows that together we can overcome any health challenge”, Dr. Tedros Adhanom Ghebreyesus, the WHO Director-General, wrote in a tweet.

Vaccinations key
A key part of the response – with potential lessons for the global fight against COVID-19 – was the vaccination of more than 40,000 people at high risk of falling sick from the frequently fatal hemorrhagic disease, the WHO said in a statement. Like one of the COVID-19 candidate vaccines, the Ebola vaccine needs to be kept at super-cold temperatures to keep it from spoiling.
“Overcoming one of the world’s most dangerous pathogens in remote and hard to access communities demonstrates what is possible when science and solidarity come together,” said Dr. Matshidiso Moeti, WHO Regional Director for Africa.

‘Transferrable’ to COVID
“The technology used to keep the Ebola vaccine at super-cold temperatures will be helpful when bringing a COVID-19 vaccine to Africa. Tackling Ebola in parallel with COVID-19 hasn’t been easy, but much of the expertise we’ve built in one disease is transferrable to another and underlines the importance of investing in emergency preparedness and building local capacity.”

The response to both diseases involves finding, isolating, testing, and caring for every case and relentless contact tracing. The innovative Ebola response includes special ARKTEK freezers that can store vaccines in the field for up to a week, enabling responders to vaccinate people in areas without electricity.

The Ebola outbreak was the 11th on record in DRC and its spread raised fears that it could reach the capital Kinshasa before being brought under control. The challenge of containing the disease was complicated by the COVID-19 pandemic and exacerbated by the spread of Ebola cases in remote areas in dense rain forests.

Many affected areas were accessible only by boat or helicopter and had limited telecommunications capacity, and the response was also slowed by a strike among health service providers overpay.

Funding shortage
There was also a shortage of international funding for Ebola, forcing the WHO to turn to emergency funds to support epidemiological and public health interventions.

The outbreak began just as the country was winning a nearly two-year battle with Ebola in the restive eastern part of the country, the world’s second-deadliest outbreak in which 2,280 people died.

David McLachlan-Karr, the UN Humanitarian Coordinator in DRC, congratulated the government and health partners on ending the outbreak and said the engagement of communities had made it possible to stop the outbreak quickly. He also hailed the close cooperation between DRC and the neighboring Republic of Congo, which he said had prevented the disease from crossing the river.

Learn the lessons
Mr. McLachlan-Karr said DRC’s Government should try to foresee the kind of pitfalls that had hampered the response effort and prevent them from recurring in future response efforts. He said that there was still much to do, including taking care of orphans and supporting survivors, and there needed to be an efficient and effective system for surveillance and issuing alerts.

The virus was first discovered in 1976 and the worst outbreak on record hit west Africa in 2014-2016. Although that outbreak killed more than 10,000 people, it also gave rise to the development of a highly effective vaccine and several treatments for Ebola virus disease.

Children will need special attention ­– UNICEF
“Though the outbreak is over, children affected by the Ebola epidemic will still require special attention and care, as communities affected begin to return to normal life,” said Edouard Beigbeder, the UN Children’s Fund (UNICEF) Representative in the DRC.

The agency has provided care and psychosocial support to hundreds of children whose parents or caregivers have fallen ill or died due to Ebola. Such support is critical for children who are especially vulnerable to isolation, stigma, malnutrition or poverty.

“Throughout the latest epidemic to hit DRC, we have worked with our partners to meet children’s unique physical, psychological and social needs. This includes caring for the wellbeing of surviving parents and family members so that they can better look after their children,” he added.

The agency said that it would continue to reinforce the national health care system to make it more effective in responding to future epidemics. It is also working on programs for Ebola survivors in the DRC.

In addition, UNICEF plans to work with the local health authorities in Equateur to ensure that mothers and children in the areas previously affected by Ebola continue to receive quality essential health care. This includes improving water and sanitation in health centres, promoting hygiene practices in affected communities, provide psychosocial support to Ebola survivors, as well as children affected by the epidemic.